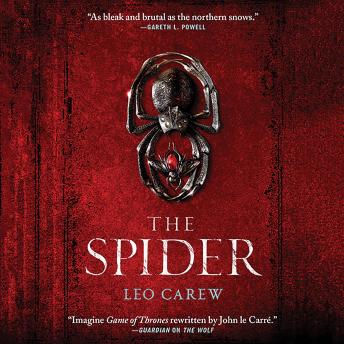 Control of the land under the Northern Sky rests in the balance as two fierce races collide in the sequel to The Wolf, a thrilling and savagely visceral epic fantasy from Leo Carew, an author who 'will remind readers of George R. R. Martin, David Gemmell, or . . . Joe Abercrombie.' (Booklist)
Roper, the Black Lord of the north, may have vanquished the Suthern army at the Battle of Harstathur. But the greatest threat to his people lies in the hands of more shadowy forces.
In the south, the disgraced Bellamus bides his time. Learning that the young Lord Roper is planning to invade the southern lands, Bellamus conspires with his Queen to unleash a weapon so deadly it could wipe out Roper's kind altogether.
And at a time when Roper needs his friends more than ever, treachery from within puts the lives of those he loves in mortal danger . . .
For more from Leo Carew, check out:
Under the Northern SkyThe WolfThe Spider