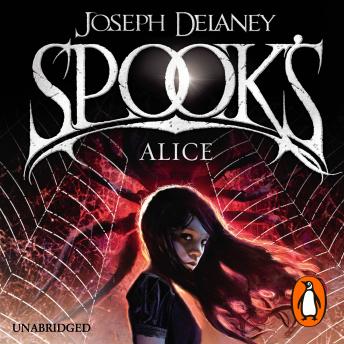 A lot of dark stuff happened when I was young that I‘ve never even told to my dearest friend, Tom Ward. Dark and scary things I hoped I had left behind for ever . . .

Over the years, Alice has fought evil side by side with the Spook and his apprentice, Thomas Ward. But now Alice is alone – in the realm of the dark. And the creatures she has helped to banish there, now have the chance to take their revenge.

Alice must seek the final weapon needed to destroy the Fiend for good. If she fails, the world will fall into despair and darkness. If she succeeds, it means facing her own death at the hands of her dearest friend. But can she prevent the darkness from overtaking her over completely . . . ?

The penultimate instalment of the Wardstone Chronicles follows Alice, Thomas Ward’s loyal companion, to the most terrifying place of all.