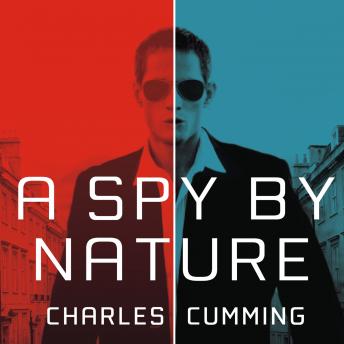 A Spy by Nature: A Novel

This is what they told me a long time ago.

Only make contact in the event of an emergency.

Only telephone if you believe that your position has been fatally compromised.

Under no circumstances are you to approach us unless it is absolutely necessary in order to
preserve the security of the operation.

This is the number.

Alec Milius is young, smart, and ambitious. He also has a talent for deception. He is working in a dead-end job when a chance encounter leads him to MI6, the elite British Secret Intelligence Service, handing him an opportunity to play center stage in a dangerous game of espionage.

In his new line of work, Alec finds that the difference between the truth and a lie can mean the difference between life and death-and he is having trouble telling them apart. Isolated and exposed, he must play a role in which the slightest glance or casual remark can seem heavy with unintended menace. Caught between British and American Intelligence, Alec finds himself threatened and alone, unable to confide in even his closest friend. His life as a spy begins to exact a terrible price, both on himself and on those around him.

Spy by Nature: A Novel

This title is due for release on September 28, 2007
We'll send you an email as soon as it is available!