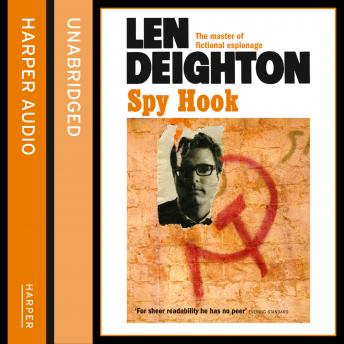 The long-awaited reissue of the first part of the classic spy trilogy, HOOK, LINE and SINKER, when the Berlin Wall divided not just a city but a world.

Working for the Department was like marriage is supposed to be - ''til death do us part' - but the Department is really not like that; and neither are many marriages, including that of Bernard Samson. The cool and cynical field agent of the GAME, SET and MATCH trilogy has grown older and wiser. But things have not gone well for Samson: old pals are not as friendly as they used to be and colleagues are less confiding than they once were.

Now, starting with his mission to Washington, life has become even more precarious for Bernard. Ignoring all warnings, friendly, devious and otherwise, he pursues his own investigation and, in California, meets with the biggest surprise of his life...