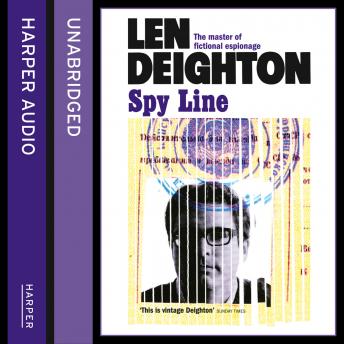 The long-awaited reissue of the second part of the classic spy trilogy, HOOK, LINE and SINKER, when the Berlin Wall divided not just a city but a world.

Berlin-Kreuzberg: winter 1987. Through these grey streets, many people are hunting for Bernard Samson - London's field agent. He is perhaps the only man who both sides would be equally pleased to be rid of. But for Bernard, the city of his childhood holds innumerable grim hiding places for a spy on the run.

On a personal level there is a wonderful new young woman in his life but her love brings danger and guilt to a life already lacking stability. In this city of masks and secrets lurk many dangers - both seen and unseen - and only one thing is certain: sooner or later Bernard will have to face the music and find someone to trust with his life.