The Spy Wore Red: My Adventures as an Undercover Agent in World War II 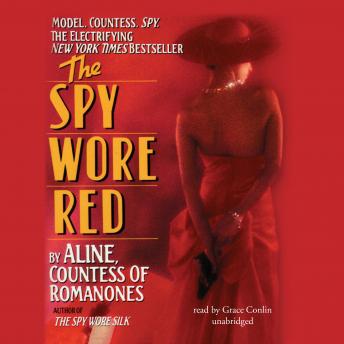 Written By: Aline Countess Of Romanones

When Aline Griffith was born in Pearl River, New York, in 1923, one might have guessed from her exceptional beauty that a career as an actress or a model would be in her future. Few would have imagined that twenty-one years later she would find herself in Spain as a deep-cover OSS agent, infiltrating the highest levels of Spanish society to uncover secret links to the Nazis; or that five years later still, she would marry a Spanish grandee and become one of the most watched, most admired, most fascinating women of international society.

Under the code name "Tiger," this remarkable woman probed the depths of the Nazi underground, risking her life-and her love-in a glittering world of high intrigue far more exciting than any fictionalized thriller.The Spy Wore Redis a harrowing first-hand account of the dangers and adventures she experienced as an undercover agent.

Spy Wore Red: My Adventures as an Undercover Agent in World War II

by Aline Countess Of Romanones