Spycraft: The Secret History of the CIA's Spytechs from Communism to Al-Qaeda 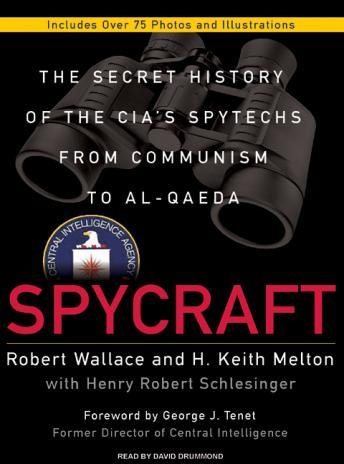 If these sound like the stuff of science fiction or imaginary tools of James Bond's gadget-master Q's trade, think again. They are real-life devices created by the CIA's Office of Technical Service. Now, in the first book ever written about this ultrasecretive department, the former director of OTS teams up with an internationally renowned intelligence historian to give listeners an unprecedented look at the devices and operations deemed 'inappropriate for public disclosure' by the CIA just two years ago.

Spycraft tells amazing life-and-death stories about this little-known group, much of it never before revealed. Against the backdrop of some of America's most critical periods in recent history-including the cold war, the Cuban Missile Crisis, and the war on terror-the authors show the real technical and human story of how the CIA carries out its missions.

Spycraft: The Secret History of the CIA's Spytechs from Communism to Al-Qaeda

This title is due for release on June 26, 2008
We'll send you an email as soon as it is available!