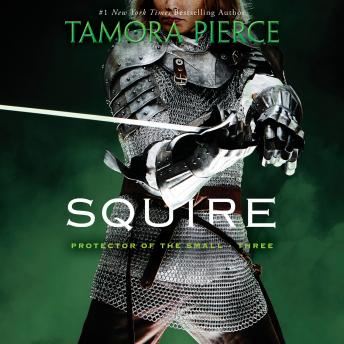 Squire: Book 3 of the Protector of the Small Quartet

When Keladry of Mindelan is chosen by the legendary Lord Raoul to be his squire, the conservatives of the realm hardly think she’s up to the job. Kel quickly proves her ability as a jouster, warrior, and guardian of a fiery griffin, ultimately earning respect and admiration among the men, as well as the affection of a fellow squire. In addition to coping with the challenges of a new romance and a life in the royal guard, Kel must also prepare for the infamous “Ordeal,” the last challenge that stands between her and her dream of knighthood. . .

Squire: Book 3 of the Protector of the Small Quartet