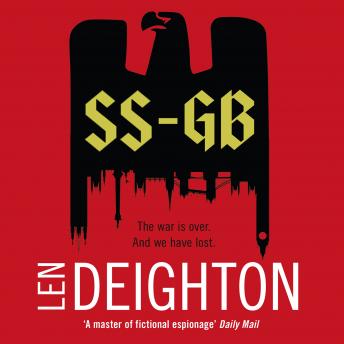 In February 1941 British Command surrendered to the Nazis. Churchill has been executed, the King is in the Tower and the SS are in Whitehall...

For nine months Britain has been occupied - a blitzed, depressed and dingy country. However, it's 'business as usual' at Scotland Yard run by the SS when Detective Inspector Archer is assigned to a routine murder case. Life must go on.

But when SS Standartenfuhrer Huth arrives from Berlin with orders from the great Himmler himself to supervise the investigation, the resourceful Archer finds himself caught up in a high level, all action, espionage battle.

This is a spy story quite different from any other. Only Deighton, with his flair for historical research and his narrative genius, could have written it.