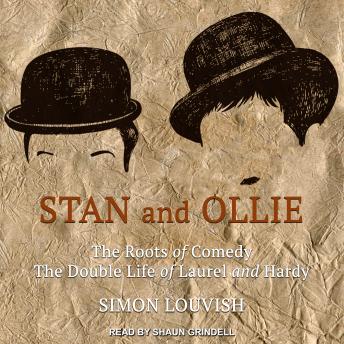 Stan and Ollie: The Roots of Comedy: The Double Life of Laurel and Hardy

In this book, Simon Louvish traces the early lives of Stanley Jefferson and Norvell Hardy and the surrounding minstrel and variety theater, which influenced all of their later work. Louvish examines the rarely seen solo films of both our heroes, prior to their serendipitous pairing in 1927, in the long-lost short Duck Soup. The inspired casting teamed them until their last days. Both often married, they found balancing their personal and professional lives a nearly impossible feat.

Between 1927 and 1938, they were able to successfully bridge the gap between silent and sound films, which tripped up most of their prominent colleagues. Their Hal Roach and MGM films were brilliant, but their move in 1941 to Twentieth Century Fox proved disastrous, with the nine films made there ranking as some of the most embarrassing moments of cinematic history.

In spite of this, Laurel and Hardy survived as exemplars of lasting genius, and their influence is seen to this day. The clowns were elusive behind their masks, but now Simon Louvish can finally reveal their full and complex humanity, and their passionate devotion to their art. In Stan and Ollie, Louvish has seamlessly woven tireless and thorough research into an authoritative biography of these two important and influential Hollywood pioneers.