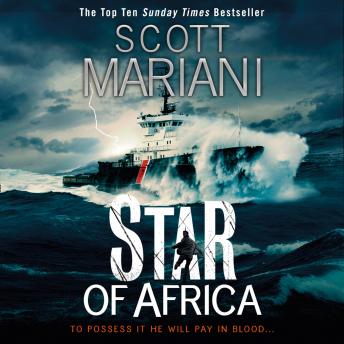 THE SENSATIONAL ADVENTURE FROM THE #1 BESTSELLING AUTHOR


TO POSSESS IT HE WILL PAY IN BLOOD

Ben Hope is trained to identify danger. So when he finds out that someone very important to him is working on a US container ship in the treacherous seas off the East African coast, he fears the worst.

Within days the ship is hijacked by pirates. Taking matters into his own hands, Ben embarks upon the most daring rescue mission of his career ... because this is no ordinary hostage situation.

There is something on board the ship that's more precious than life itself - and a bloodthirsty tyrant will kill to possess it.

As events spiral out of control, Ben Hope's skill and resourcefulness will be tested like never before. Ben would die to protect those close to him, but in a hostile environment, against ruthless warriors, even the ultimate sacrifice might not be enough...

Whilst the Ben Hope thrillers can be read in any order, this is the thirteenth book in the series, and forms a two-part sequence with next book THE DEVIL'S KINGDOM.