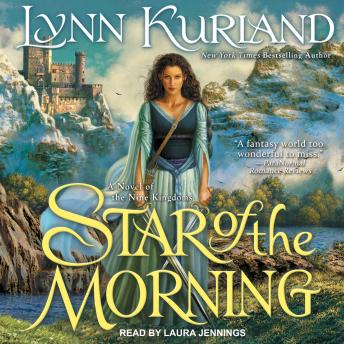 Star of the Morning

Darkness covers the north, since the black mage has begun his assault on the kingdom of Neroche. Legend has it that only the two magical swords held by Neroche's king can defeat the mage. Now the fate of the Nine Kingdoms rests in the hands of a woman destined to wield one of those blades . .
.

In this land of dragons and mages, warrior maids, and magical swords, nothing is as it seems. And Morgan will find that the magic in her blood brings her troubles she cannot face with a sword-and a love more powerful than she has ever imagined.

Star of the Morning