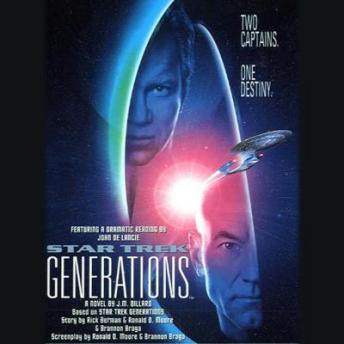 Picard learns that a newly developed superweapon has been stolen by a desperate scientist with an insane plot. Facing the most difficult task of his career, Captain Picard must seek out the one person with the power to help him, a person long thought dead: Captain James T. Kirk.

Together, the two captains are tested as they've never been before. And both men are forced to make the greatest sacrifices of their careers to save countless millions from a madman with a plan for mass destruction.

This title is due for release on December 1, 1994
We'll send you an email as soon as it is available!