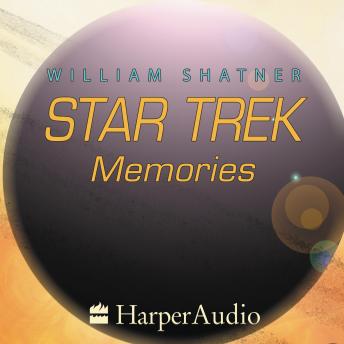 A living pop culture legend and one of American film and television's most enduring stars, William Shatner will forever be associated with the role of James T. Kirk, captain of the starship Enterprise. Star Trek Memories is Shatner's classic behind-the-scenes look at the legendary series that continues to put forth movies, books, and series spin-offs decades after the last episode aired. A television phenomenon that suffered from shaky ratings from its first broadcast in 1966 through its entire run, Star Trek nevertheless exploded into a worldwide, billion-dollar industry. Avid Trekkers who were onboard at the launch, as well as fans of the later Trek incarnations, will be delighted with this eye-opening, eminently fascinating 'captain's log' from James Kirk himself.