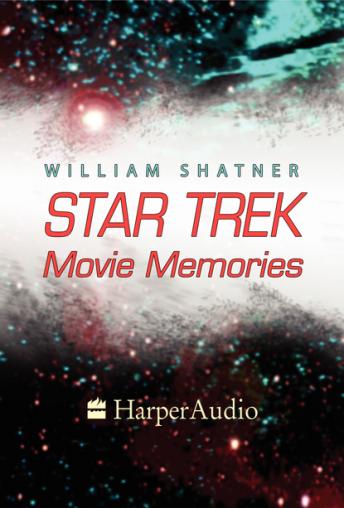 The sequel to the bestselling Star Trek Memories, documenting in deliciously lurid and candid detail all the behind-the-scenes shenanigans in the making of the six Star Trek movies, with on-the-scene reporting from the set of the seventh in which...Kirk dies!

Star Trek Movie Memories recounts all the chaos, creative turmoil, backstage politics, power plays and production nightmares that permeated every one of the six Star Trek movies, including the accumulated grudges that haven't yet mellowed with the passage of time. And the stories... Nicholas Meyer writing the script for Star Trek II in twelve days... Kirstie Alley doing her Leonard Nimoy imitation in an audition... How Kirk's love interest in Star Trek IV began as a role for Eddie Murphy, and you can imagine the rest (or maybe not).

With stories and quotes from the principles that have never before been uttered in public, this will deliver a truly unprecedented behind-the-scenes view of the Trek films that will amaze even the most avid Trekker. And on top of it all, the hardcover will be published in time for the seventh film, which will present the perfect opportunity to tie the old crew and stars including Robert Wise, Ricardo Montalban, Christopher Lloyd, Christopher Plummer, Christian Slater to Patrick Stewart and the cast of The Next Generation. The torch will be passed, and William Shatner will tell us all about how it feels as his character is killed off in the film's finale.