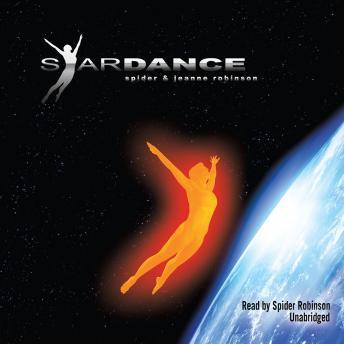 Shara Drummond was a gifted dancer and a brilliant choreographer, but she could not pursue her dream of dancing on Earth. So she went to space, creating a new art form in three dimensions. And when the aliens arrived, there was only one way to prove that the human race deserved not just to survive, but to reach the stars. The only hope was Shara, with her stardance.
The Hugo and Nebula Award-winning Stardance series pioneered the concept of zero gravity dance, which even sparked the interest of NASA and shortlisted co-author Jeanne Robinson for a seat on a space shuttle to become the first actual freefall dancer in space. Though the Challenger explosion cancelled that dream, now Jeanne is being given a second chance to choreograph dance in space ... on film.