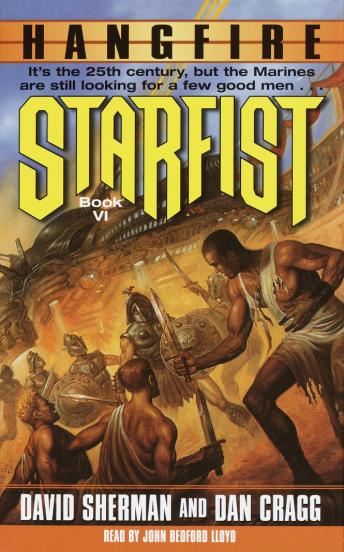 Most people visit Havanagas only in their dreams, for few can afford the exclusive resort planet that recreates the ancient worlds and caters to every taste. Witches are burned at the stake in medieval towns while riotous hordes fill Rome's Coliseum to watch gladiators battle. Even the basest of human lusts are satiated by deadly sex acts and a thriving slave trade.

The crime bosses' control of Havanagas and its people is brutally effective. Now three Marine's from Co. L's 3rd Platoon - masquerading as discharged military buddies on holiday - are going in to break the kingpins' bloody stranglehold. From bordellos and rebellious enclaves to the very pit of the Coliseum filled with deadly beasts, Corporal Pasquin and Lance Corporals Claypoole and Dean face certain death with only their wits and skills as weapons. But they're Marines, built to survive...

This title is due for release on May 28, 2002
We'll send you an email as soon as it is available!