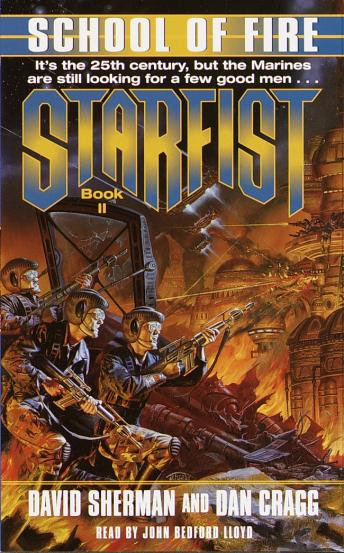 Combat, betrayal, and murder at the edge of human space . . .

Deployed to assist the oligarchs of Wanderjahr in putting down a rebellion that threatens the planet's political and economic stability, the Marines must fight two wars at the same time . . . one against the resourceful, well-led guerrillas and another with the entrenched police bureaucracy.

But who is the real enemy and who can be trusted? On Wanderjahr, nothing is as it seems—not even the animal life—and everyone has his own agenda. Inexorably, the Marines of the 34th FIST are drawn deeper and deeper into the politics of a world where murder, terror, and betrayal are the accepted methods of government . . . and everyone is ripe for an old-fashioned butt-kickin'.

This title is due for release on June 26, 2001
We'll send you an email as soon as it is available!