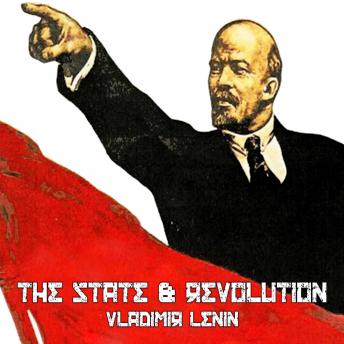 Vladimir Ilyich Ulyanov, better known by his alias Lenin, was a Russian revolutionary, politician, and political theorist. He served as head of government of Soviet Russia from 1917 to 1924 and of the Soviet Union from 1922 to 1924. Under his administration, Russia and then the wider Soviet Union became a one-party communist state governed by the Russian Communist Party. Ideologically a communist, he developed a variant of Marxism known as Leninism.
The State and Revolution (1917) is a well known book by Vladimir Lenin. In the book, Lenin describes the role of the State in society, the necessity of proletarian revolution, and the theoretic inadequacies of social democracy in achieving revolution to establish the dictatorship of the proletariat.
Produced by Devin Lawerence
Edited by Macc Kay
Production executive Avalon Giuliano
ICON Intern Eden Giuliano
Music By AudioNautix With Their Kind Permission
©2020 Eden Garret Giuliano (P) Eden Garret Giuliano
Geoffrey Giuliano is the author of over thirty internationally bestselling biographies, including the London Sunday Times bestseller Blackbird: The Life and Times of Paul McCartney and Dark Horse: The Private Life of George Harrison. He can be heard on the Westwood One Radio Network and has written and produced over seven hundred original spoken-word albums and video documentaries on various aspects of popular culture. He is also a well known movie actor.