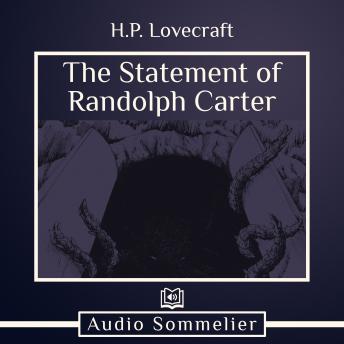 The Statement of Randolph Carter

Randolph Carter, a recurring character in many of Lovecraft's stories, begins the story telling the harrowing tale to those who found him stumbling through the swamp. Carter and his friend, the occultist Harley Warren, went to investigate the location of a supposed portal to the underworld - near Big Cypress Swamp in Florida. Upon discovery of a tomb with stairs going deep into the earth, Warren decides to descend them. Only after waiting for what seems an eternity does Carter call down into the tomb, only to be returned with a voice that does not belong to Warren telling him that his friend was dead.