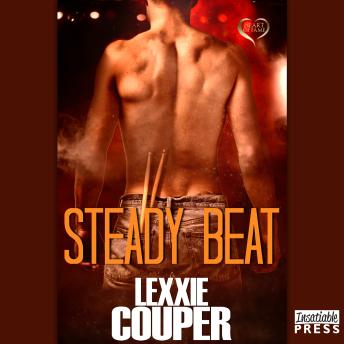 He never missed a beat...until she taught him a whole new rhythm. Heart of Fame, Book 4. Back when he was playing drums for rock star Nick Blackthorne, it was easy for Noah Holden to focus on the sticks in his hand. Now that the band is getting back together, he's excited-and worried. His ADHD has made every minute of his post-Blackthorne life a chaotic mess. His apprehension is blown away when a bar waitress makes him a proposition-and not the kind this king of drums is used to. When Pepper Kerrigan overhears the band talking reunion, she pushes her self-doubt aside, calls on her encyclopedic music knowledge and challenges Noah Holden to a trivia contest. Her prize should she win? An audition. His? A kiss. Their smoking sexual chemistry guarantees victory-for them both. With Pepper, Noah is finally able to control his stormy creative energy. But when his wild past catches up with him, he faces the fight of his life to keep from losing his smoky-voiced angel. The one woman who keeps his mind-and his heart-staying on rhythm. Warning: There's a thrumming, primitive, sexual energy in every rock drummer's body, just waiting to be released, surging to the fore with every pounding strike of his sticks on the taut skin of his drums. Now imagine that raw energy in bed. With you...

This title is due for release on March 9, 2015
We'll send you an email as soon as it is available!