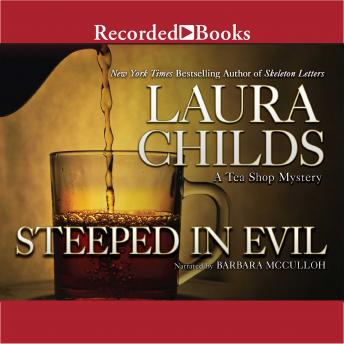 Theodosia has never considered herself a wine connoisseur-tea has always been.well, her cup of tea. But that doesn't mean she's going to pass up an invitation to a fancy wine-tasting party at the upscale Knighthall Winery, just outside of Charleston, South Carolina. Unfortunately, a sweet evening takes on a bitter aftertaste when a dead body is discovered in one of the wine barrels. The son of proprietor Jordan Knight has been murdered. Dissatisfied with the police investigation, Knight turns to Theo for help. She's heard through the grapevine that there are both family and business problems at Knighthall. They say in vino veritas, but everyone at the winery seems to be lying through their teeth. Sorting through the guest list as well as family and staff, Theo has her pick of suspects. It may look like the killer has her over a barrel, but cracking tough cases is vintage Theodosia Browning.