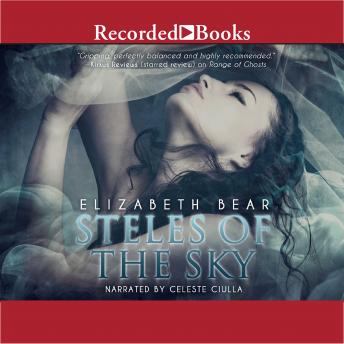 Steles of the Sky

Re Temur, legitimate heir to his grandfather's Khaganate, has finally raised his banner and declared himself at war with his usurping uncle. With his companions - the Wizard Samarkar, the Cho-tse Hrahima, and the silent monk Brother Hsiung - he must make his way to Dragon Lake to gather in his army of followers. But Temur's enemies are not idle; the leader of the Nameless Assassins, who has shattered the peace of the Steppe, has struck at Temur's uncle already. To the south, in the Rasan empire, plague rages. To the east, the great city of Asmaracanda has burned, and the Uthman Caliph is deposed. All the world seems to be on fire, and who knows if even the beloved son of the Eternal Sky can save it?

Steles of the Sky