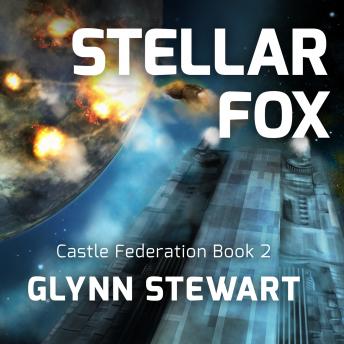 Captain Kyle Roberts delivered one of the Castle Federation's few victories in the early days of the war. Even losing his ship in the process didn't prevent him from being elevated as the hero-the 'Stellar Fox'-his country desperately needed.

His status with the public demands a worthy command, and he finds himself on the bridge of the Federation's latest supercarrier and headed to the front lines of the war. But the Navy sees his promotion as a public relations stunt. His subordinates and superiors alike question his lack of experience, and enemies at the highest level of his own government maneuver to destroy him.

As the war heats up around him, the Commonwealth may not be the greatest threat to Kyle Roberts or Avalon.