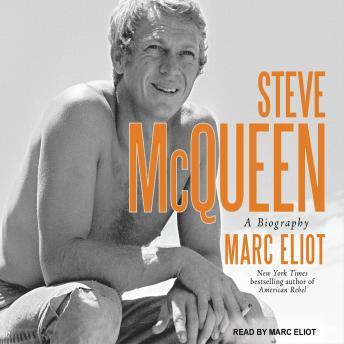 One of the top box-office draws of the 1960s and '70s with now-classics such as The Magnificent Seven, The Great Escape, The Thomas Crown Affair, and Bullit, Steve McQueen is renowned as one of the most exciting actors ever to come out of Hollywood. Now, in Steve McQueen: A Biography, bestselling author Marc Eliot gives unique insight into McQueen's life, from his films to his three marriages, many affairs, and struggles with addictions. This definitive biography, filled with original research and new interviews, will dazzle fans with its eye-opening portrayal of one of America's most memorable stars.