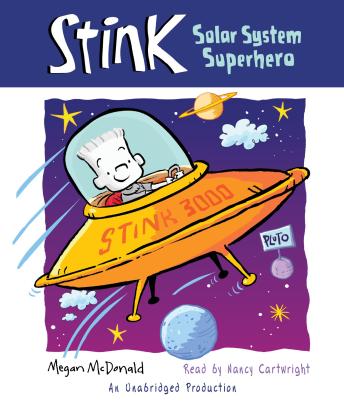 When Stink learns that Pluto has flunked the Planet Test for being too shrimpy, he has no choice but to take a stand for the sake of little planets (and little people) everywhere.

Will our humble hero, Stink Moody, be smart enough to defeat a panel of big-shot scientists and class  know-it-all Riley Rottenberger? For the answer to this burning question, tune in and prepare to have your universe rocked!

Stink and the Great Guinea Pig Express
“Fans of Judy Moody and her brother, Stink, will find everything they love here.”—Kirkus Reviews