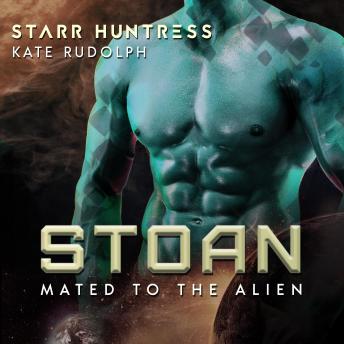 Unless he finds his mate, Stoan will die when he turns thirty, which makes him willing to take the most dangerous jobs. When he spots the human woman who awakens the denya bond within him, he knows they can never be.

Reina Draven almost lost everything at the hands of a warlord's ambition. As she's pulled into a world of danger and intrigue, her only stable force is the closed off blue alien assigned to be her partner on a mission she's been drafted into undertaking. Though the flame of desire sparks hot between them, she doesn't know if she's ready for romance, and he seems determined to keep away from her.

A bond too strong to be denied...

Their mission takes them deep into enemy territory, and Reina and Stoan need to learn to trust one another or face fatal consequences. As the danger heats up, so does the spark of their bond. But when a surprise from Stoan's past throws a wrench in the works, their future is threatened by something even more dangerous than a brutal general's attention.

Will Stoan choose to step into the future with his denya? Or will his secrets swallow him whole?

Stoan is the third book in the Mated to the Alien series. The series can be read in any order and there are no cliffhangers! Enjoy fated mates, steamy alphas, and plenty of space adventures.