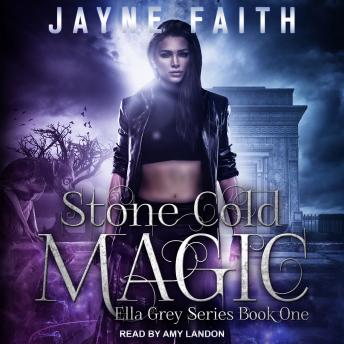 Demon patrol officer Ella Grey was pronounced dead after an accident on the job, but eighteen minutes later she woke up on a gurney bound for the morgue. With no explanation for her mysterious resurrection, she just wants to get back to life as usual. But she didn't return to the living alone. The soul of a reaper followed her back from the grave, and it's not just along for the ride. It's taking over her body and mind, trying to use her to continue its morbid work. But it also gives her visions of her troubled brother, Evan, who disappeared years ago. The reaper might be her biggest ally in her search for Evan-if it doesn't eat her soul first.

Torn between the instinct to survive and the realization that only death's eyes can lead her to her brother, Ella throws herself into a race against time to somehow outmaneuver the reaper.