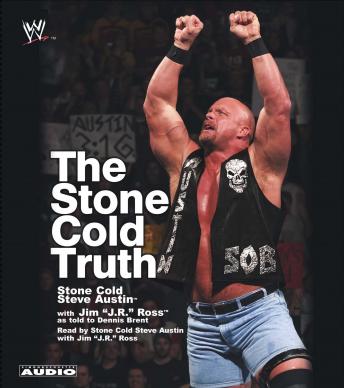 He's wrestled under many names, 'Stunning' Steve Austin, The Ringmaster, he even wrestled for a time under his own name, Steve Williams. But to fans he is and will always be Stone Cold Steve Austin. His quick wit and colorful use of language combined with his everyman character captured the hearts of fans worldwide.
Steve grew up in a small town in Texas. Always a fan of wrestling, Steve seized the chance to study wrestling at a school in Dallas. His ability to take the bumps and hard falls required by his new profession, and his never-say-die attitude, connected him with the fans and his fellow wrestlers. His capricious firing by the WCW, World Championship Wrestling, lead to his being hired by World Wrestling Entertainment.
However, it was Steve's own ability inside the ring and his quick-witted responses that lead to his becoming one of the most popular WWE Superstars of all time. It seemed nothing could stop the Texas Rattlesnake, except himself. In 2001 Steve's life seemed to spiral out of control and he walked away from it all. Now, with his triumphal return to the world of professional wrestling, he is finally ready to tell his story, his way.
The Stone Cold Truth is an unvarnished take on his life, his loves, and his days as a wrestler told in a way that only he could, and you know it's the truth ''cause Stone Cold says so!'

This title is due for release on October 28, 2003
We'll send you an email as soon as it is available!