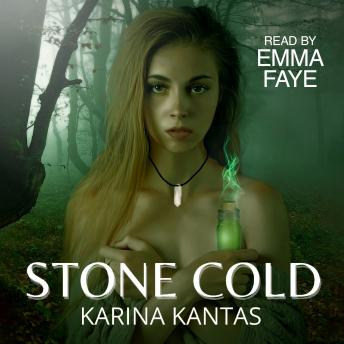 If being bullied through every school Billy went to wasn’t enough, being attacked in her own home just pushed her over the edge.


Now severely depressed and suicidal, Billy takes matters into her own hands and sees a counsellor. After just one session, she’s now on her way to Scotland as a volunteer to help the Professor of Edinburgh university, dig and clean up an archaeological site that has just been discovered.


Although she tries to shy away from the others, not wanting them to find a reason to dislike her, she’s soon accepted as one of them. Without realising it’s happening, she becomes closer to Shane, a motocross enthusiast who has taken her under his wing.


However, whilst working at the site, Billy comes across an unusual stone. She takes it to the Professor to be looked at, but he dismisses it as a pendant probably dropped by a hiker and so threads the stone with a black leather cord and gives it back to Billy.


Only the peace they once had, the friendships they had all formed, gets tested as bodies start to pile up.

This title is due for release on July 16, 2021
We'll send you an email as soon as it is available!