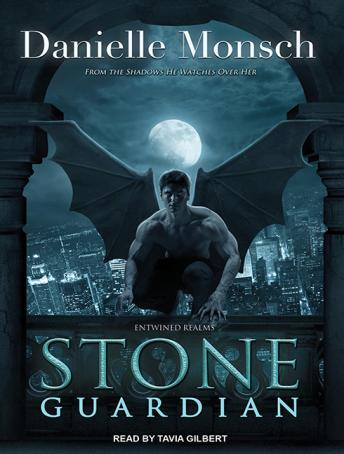 Gryphons flying past skyscrapers? Wizards battling it out in coffeehouses? Women riding motorcycles with large swords strapped to their backs? All normal sights since the Great Collision happened twenty-six years ago.

Well, not normal for everyone. Larissa Miller may have been born after the Great Collision, but as a history teacher who lives in the human-only city, she has never come into contact with any other race or species, nor has she wanted to. Her life is as ordinary as it gets-that is, until one day she walks out of her apartment and is attacked by a mob of Zombies, only to be saved by a Gargoyle.

Gargoyles trust no one outside their Clan, but due to a cryptic prophecy, Terak, Leader of the Gargoyles, has been watching over the human woman for months. While he can find no reason why the woman has been singled out, something about her stirs every protective instinct within him. When the attack confirms that the threats against her exist and are real, he convinces Larissa that though their races have never been allies, the best chance of discovering why she has been brought into his world is by working together.

In the course of their investigation Terak becomes entranced by his little human. But when he discovers why Necromancers want her and the great reward that awaits him if he betrays her, he must choose between the welfare of his Clan and not only Larissa's life, but the fate of this New Realm as well.

I didn’t get very far. There was more cursing than anything else. It was so much that it was distracting.

Really interesting concept. Another author whom, has decided to include all different types of creatures in this shifter world. Somehow, at the start of the book something happens that cause a shift in the world and the magical realm merges with the human realm. So, in this book we see a lot of species from, mages, to vampires, orcs, necromancers, zombies, dire wolves and obviously, by the title and the book blurb, gargoyles. The story was interesting but at times it was a little dry and I felt no chemistry with the main characters. The book was slow as well which took an interesting concept and made it very boring. The story has multiple POVs but there isn’t a smooth transition between them, you will just find out with you hear, or read, “… Fallon said.” Etc. I hoped there would be just a little more action but the action we did get in the book was awesome. I love that was at least one strong female character in the book that could kick ass even if she wasn’t the main character. So all in all the book was just ok. I’m not sure I enjoyed it enough to continue the series, especially since it continues with characters we haven’t heard of and that just annoys me. Plus… I have to say that the narrator is absolutely annoying, especially when she is giving us her moaning and other sex noises. It sounds like she’s slaughtering a poor animal while they drag their nails on a chalkboard.