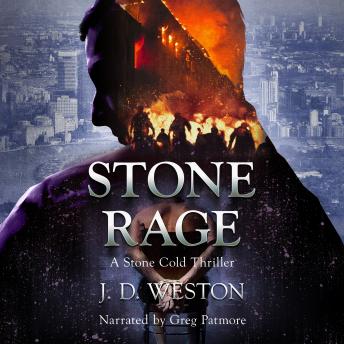 London crime is alive. Three gangs, two arch enemies, and a hitman come to blows in a brutal gangland war that rocks London's east end. When Harvey Stone is sent undercover to investigate a turf war between the Albanian mafia and two of London's notorious gangs, nobody expected him to be welcomed like a hero. Has Harvey finally slipped into his old ways, or will he bring the carnage and bloodshed to a stop? Stone Rage is the fourth book in the gripping Stone Cold Thriller series. If you like savage criminal underworlds, fast-paced action, and intensecharacters, then you'll love J.D. Weston's shocking quest for revenge. Buy Stone Rage to lose yourself in East London's gritty underground today.

This title is due for release on June 30, 2018
We'll send you an email as soon as it is available!