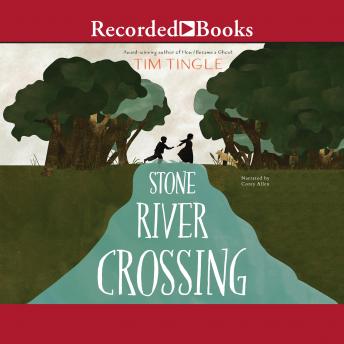 Martha Tom knows better than to cross the Bok Chitto River to pick blackberries. The Bok Chitto is the only border between her town in the Choctaw Nation and the slave-owning plantation in Mississippi territory. The slave owners could catch her, too. What was she thinking? But crossing the river brings a surprise friendship with Lil Mo, a boy who is enslaved on the other side. When Lil Mo discovers that his mother is about to be sold and the rest of his family left behind. But Martha Tom has the answer: cross the Bok Chitto and become free. Crossing to freedom with his family seems impossible with slave catchers roaming, but then there is a miracle?a magical night where things become unseen and souls walk on water. By morning, Lil Mo discovers he has entered a completely new world of tradition, community, and . . . a little magic. But as Lil Mo's family adjusts to their new life, danger waits just around the corner. In an expansion of his award-winning picture book Crossing Bok Chitto, acclaimed Choctaw storyteller Tim Tingle offers a story that reminds readers that the strongest bridge between cultures is friendship.