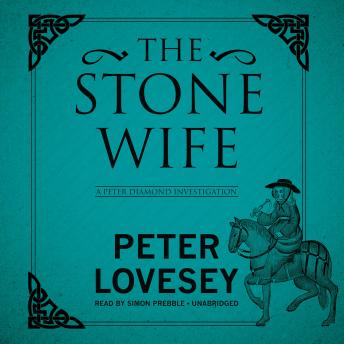 At an auction house in Bath, England, a large slab of carved stone is upfor sale. At the height of what turns into very competitive bidding, there is aholdup attempt by three masked raiders who are trying to steal the stone. Theyshoot and kill the highest bidder, a professor who has recognized the femalefigure carved in the stone as the Wife of Bath from Chaucer's Canterbury Tales. The masked would-bethieves flee, leaving the stone behind.
Peter Diamond and his team are assigned to investigate, andthe stone is moved into Diamond's office so he can research its origins. Thecarving causes such difficulties that he starts to think it has jinxed him.Meanwhile, as Diamond's leads take him to Chaucer's house in Somerset, hisintrepid colleague Ingeborg goes undercover to try to track down the source ofthe handgun used in the fatal murder.