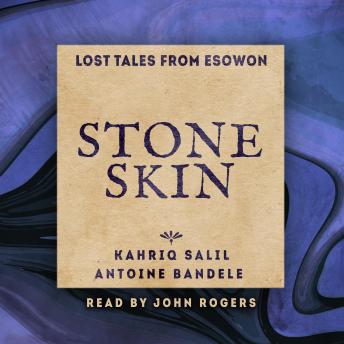 Long ago, before the end of the gods, a curse was set upon glass fragments strewn about the world. These objects were blessing and curse both. Within them held the power of the gods yet their core plagued the user with a heinous blight.

Faced against an empire helming warships against a village manning fishing boats, Jelani had no choice the day he decided to use the powerful yet vicious Gods’ Glass.

His reward for his heroism is paid in a disease that slowly consumes his body in welts of stone. To all who know it, brewmasters and scholars alike, it’s a death sentence. It’s only a matter of time before the stone takes his body whole, and with it, his mind and sanity, leaving him nothing more than a raging beast.

But there is rumor of a cure, a potion that can keep the plague at bay, though it comes with a price heavier than gold…

Delve into this prequel novella to By Sea & Sky, a pirate fantasy inspired by East African and Arabian myth and folklore.

This title is due for release on May 22, 2020
We'll send you an email as soon as it is available!