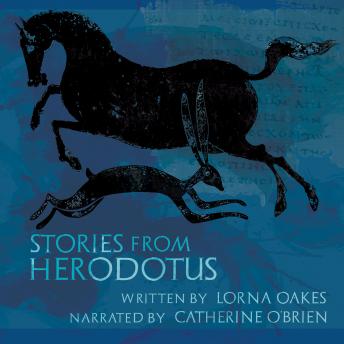 Herodotus wrote the first history book in the world. That is why he is sometimes called the 'Father of History'. He lived about 2,500 years ago in the fifth century BC. He was born at a place called Halicarnassus in Asia Minor. The modern names for these places are Bodrum in Turkey. Herodotus was a keen traveller who went all over the ancient world and was interested in everything he saw and heard. When he came back from his travels he went to Athens in Greece and gave lectures about the places he had visited. Finally he decided to write a book about them. In the later part of his life he went to Italy where he did more work on his book and finally died there in 425 BC.

His stories are so gripping that even today people are retelling them. In 2007, Hollywood made the blockbuster movie 300, about King Leonidas and the battle of Thermopylae. The stories in this audiobook are appropriate to Key Stage 2 National Curriculum. However, children of all ages will revel in their timeless appeal and cultural value.