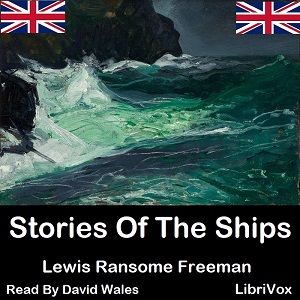 Stories of the Ships

While most associate the "Great War" with trenches, barbed wire, machine guns, and poison gas, ships played roles in the military at the beginning of the 20th century. Stories of the Ships is a 1919 collection of accounts described in the first person by those who fought battles on the sea during World War I. It gives the listener a more complete account of the conflicts that defined the most costly war in history. Lewis Ransome Freeman (1878 Ð 1960) was an American explorer, journalist and war correspondent who wrote over twenty books chronicling his many travels, as well as numerous articles. He became a lieutenant in the Royal Naval Volunteer Reserve in 1917-18. He was a correspondent attached to the Grand Fleet late in the war, and was a staff member for the Inter-Allied Naval Armistice Commission which traveled to Germany in 1918. (Summary by Jeffery Smith and David Wales)

Stories of the Ships