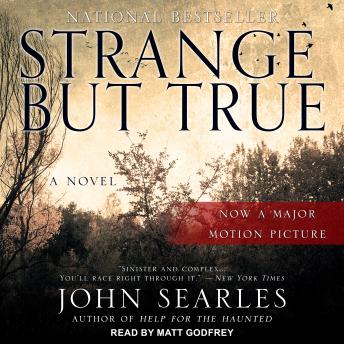 After a mysterious fall from his New York City apartment, Philip Chase has moved back home with his mother, Charlene, a bitter woman who has never fully accepted the death of her younger son, Ronnie, five years earlier. Surrounded by memories of the family he no longer has, and trying to forget the reasons he left New York, Philip is in stasis.

But everything changes late one windy February night when Ronnie's high school girlfriend shows up on their doorstep. A sad young woman who still bears the scars of the accident that took Ronnie's life, Melissa is nine months pregnant. The father, she claims, is Ronnie.

Now Philip and his mother must confront not only Melissa's past but also their own: the secrets each has buried and the lies each has told. But not everyone wants the past exposed . . . At once a moving story of redemption and a heart-stopping work of suspense, Strange but True 'will hold you transfixed'-Salon.com.