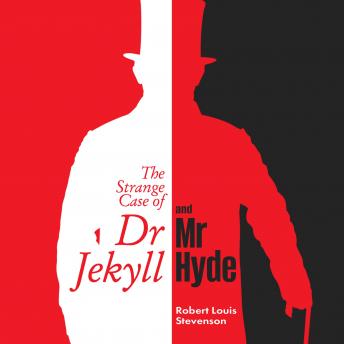 The Strange Case of DR. Jekyll and Mr. Hyde

Do you want to listen to The Strange Case of DR. Jekyll and Mr. Hyde? If so then keep reading…
A London lawyer named Gabriel John Utterson who investigates strange occurrences between his old friend, Dr. Henry Jekyll, and the evil Edward Hyde. The work is commonly associated with the rare mental condition often called 'split personality', referred to in psychiatry as dissociative identity disorder, where within the same body there exists more than one distinct personality. In this case, there are two personalities within Dr. Jekyll, one apparently good and the other evil. The novella's impact is such that it has become a part of the language, with the very phrase 'Jekyll and Hyde' coming to mean a person who is vastly different in moral character from one situation to the next.
What are you waiting for The Strange Case of DR. Jekyll and Mr. Hyde is one click away, select the “Download” button in the top right corner NOW!

I don't choose a title based on the reader, but if his is one of several choices of narrator, I always go with his version. I love his voice.

This has always been a favorite of mine, and I have heard it read by 4 different narrators, but Stephen Gillikin does by far the best job.

I loved the reader's voice. He gave the story life without over doing it. I enjoyed it.

The narrator did an excellent evil job of getting you in the right mindset to listen to the story!

A classic I'd never read. I enjoyed listening to it on Audiobooks. An excellent narrator.

I felt I knew this story because I had heard details of it for so many years however, I found the actual story to be incredibly detailed and moving. Robert Louis Stevenson is a master storyteller and the narrator brought everything to life. Highly recommend.

The story is well put together, though in modern times it comes as over dramatic. The fast entry of our anticipated antagonist followed by the building of such a character makes the story a gripping tale.

This title is due for release on May 17, 2020
We'll send you an email as soon as it is available!