Strange Objects Which Should Not Exist 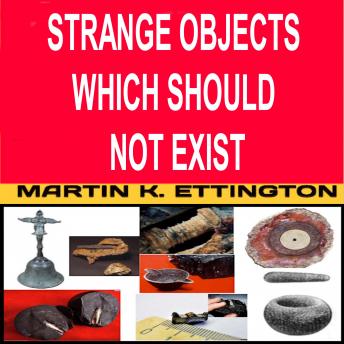 Many objects have been found from the deep past which should not exist. We are talking about millions to hundreds of millions years ago.
The objects described in this book provide lots of evidence that they really originated in those ages. These things include metal containers and vases found in seams of coal, and spark plugs encased in rock which should not exist.
There are also ancient footprints of giants which were created before land animals are believed to have existed.
This information along with that from my previous books on ancient civilizations leads to the startling conclusion that an ancient race of giants existed in the distant past.
Learn more about what these objects are and how they all tie together to create a vision of an amazing past of civilization on Earth.

Strange Objects Which Should Not Exist