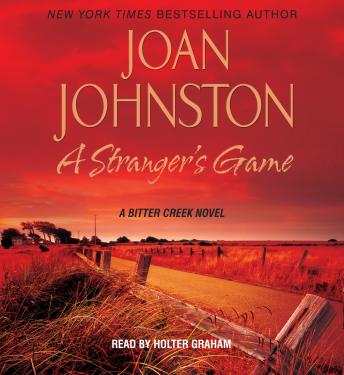 From New York Times bestselling author Joan Johnston, the thrilling seventh Bitter Creek novel featuring passion and intrigue mixed with an explosive, spine-tingling tale of murder, wrongful imprisonment, and a woman who counts no cost too high to see a killer brought to justice.

FBI Special Agent Breed Grayhawk has the hottest sex in his life with a stranger who calls herself Grace Smith, only to discover early the next morning that she’s a convicted double murderer who broke her parole a year ago and disappeared. Now she’s his prime suspect in an assassination plot against the US president.

Grace Caldwell—a.k.a. Grace Smith—is determined to find the killer who framed her for the murder of her father and stepmother—and make him pay. She burgles the home of her #1 suspect and nets a surprising haul: a hot-pink, silk-covered diary—the record of a sex-addicted wife’s adventures—which suggests that Grace’s top suspect is a serial killer. But her theft has been caught on tape, and the man she’s been chasing becomes the hunter…with Grace as his prey.