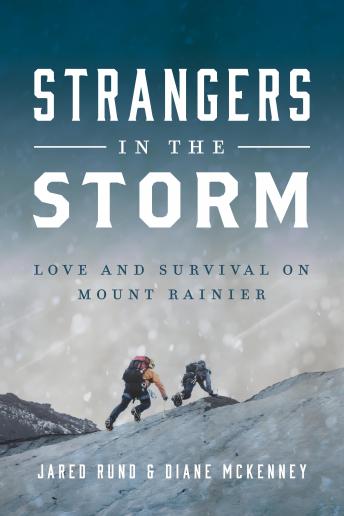 Strangers in the Storm: Love and Survival on Mount Rainier

When strangers Jared Rund and Diane McKenney met on Mount Rainier in Washington state, neither of them knew where the next few days on one of the most dangerous peaks in North America would lead them. Caught in a blizzard and detached from the rest of their party, the two are forced to spend a bewildering and frightening night high on the 14,411 foot peak with nothing to save them except their own will and preparation. But sometimes it is the toughest of times that lead to the best. And for Jared and Diane, if a mountain blizzard couldn't stop them then nothing would. Read this amazing story of survival against the odds, and of a love that couldn't be overcome by a deadly storm or the thousand miles that would later separate them.

Strangers in the Storm: Love and Survival on Mount Rainier