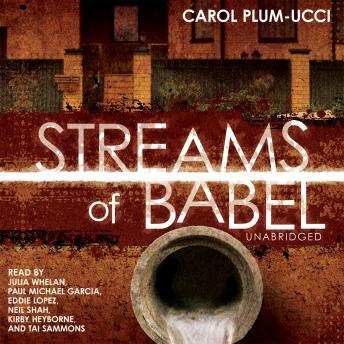 When Cora Holman's mother dies, she assumes the inevitable: that her mother overdosed on the painkillers she'd been taking for years. So she's shocked to learn that her mother and a neighbor both died of a brain aneurysm the same night. When Cora and other neighborhood teens become ill with a mysterious flu, and government-type strangers arrive in her small town, they all fear the unthinkable—a terrorist attack. With each glass of water they drink, the people of Trinity Falls are poisoning themselves.

Meanwhile, a world away in Pakistan, a sixteen-year-old computer genius named Shahzad is working as a virtual spy. He's alarmed to see an influx of chatter about a substance called Red Vinegar that will, as he reads, 'lead to many deaths in Colony One.'

Can Shahzad sift through the babble of the chat room, find the location of the attack, and warn the victims in time? And if so, at what cost to him?