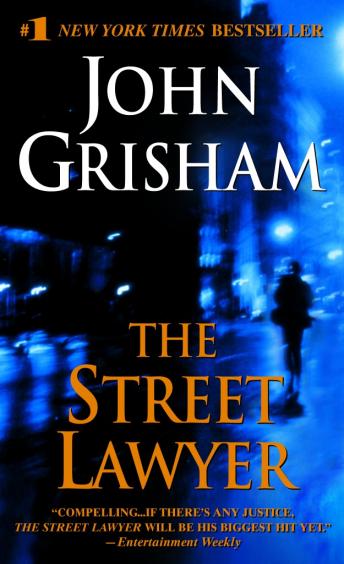 The Street Lawyer: A Novel

Michael Brock is billing the hours, making the money, rushing relentlessly to the top of Drake & Sweeney, a giant D.C. law firm.  One step away from partnership, Michael has it all.  Then, in an instant, it all comes undone.

A homeless man takes nine lawyers hostage in the firm's plush offices.  When it is all over, the man's blood is splattered on Michael's face--and suddenly Michael is willing to do the unthinkable.  Rediscovering a conscience he lost long ago, Michael is leaving the big time for the streets where his attacker once lived--and where society's powerless need an advocate for justice.

But there's one break Michael can't make: from a secret that has floated up from the depths of Drake & Sweeney, from a confidential file that is now in Michael's hands, and from a conspiracy that has already taken lives.  Now Michael's former partners are about to become his bitter enemies.  Because to them, Michael Brock is the most dangerous man on the streets....

This title is due for release on January 6, 1998
We'll send you an email as soon as it is available!