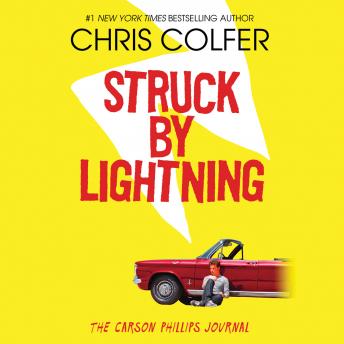 Struck By Lightning: The Carson Phillips Journal follows the story of outcast high school senior Carson Phillips who blackmails the most popular students in his school into contributing to his literary journal to bolster his college application; his goal in life is to get into Northwestern and eventually become the editor of The New Yorker.
At once laugh-out-loud funny, deliciously dark, and remarkably smart, Struck By Lightning unearths the dirt that lies just below the surface of high school.
The film Stuck By Lightning is set to be released by Tribeca Film later this year and features Colfer's own original screenplay. Colfer also stars in the film alongside Allison Janney, Christina Hendricks, Dermot Mulroney, Sarah Hyland, and Polly Bergen.