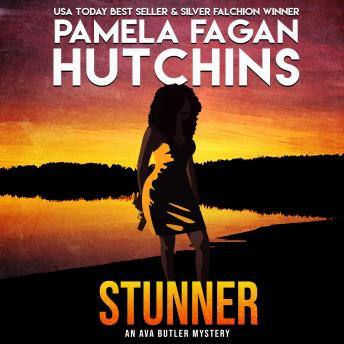 Stunner (An Ava Butler Caribbean Mystery): A Sexy Mystery from the What Doesn't Kill You Series

A popstar in the crosshairs.

Touring with Ava and the band just got deadly.

'Just when I think I couldn't love another Pamela Fagan Hutchins novel more, along comes Ava.' — Marcy McKay, author of Stars Among the Dead

After battling breast cancer, island pop singer and single mom Ava thought she could handle anything her concert tour threw her way. But when tragedy strikes her album launch party, she realizes she may have underestimated the price she’ll have to pay for fame. And the cost skyrockets when someone attempts to murder her headlining act.

Still shaken by the alarming attack, Ava has little time to process the traumatic event before she’s caught up in a scandal worthy of the tabloids. Someone in her staff is leaking secrets to the paparazzi, and the fallout is wreaking havoc on her love life. When a second pop singer is targeted, Ava doubles down on her search for clues. But with music careers and multi-million-dollar contracts on the line, she could pack a stadium with potential suspects.

Knowing her future hinges on staying in the spotlight, Ava must track down the murderous stalker before the final curtain drops.

Ava has over 200 reviews and a 4.7-star average. Available in digital, print, and audiobook.

Stunner is the second book in Ava’s trilogy, a sexy spin-off from the What Doesn’t Kill You series of romantic mystery series.

Once Upon A Romance calls Hutchins an 'up-and-coming powerhouse writer.' If you like Sandra Brown or Janet Evanovich, you will love USA Today Best Seller Pamela Fagan Hutchins. A former attorney and native Texan, Pamela lived in the U.S. Virgin Islands for nearly ten years. She refuses to admit to taking notes for this series during that time.

Stunner (An Ava Butler Caribbean Mystery): A Sexy Mystery from the What Doesn't Kill You Series