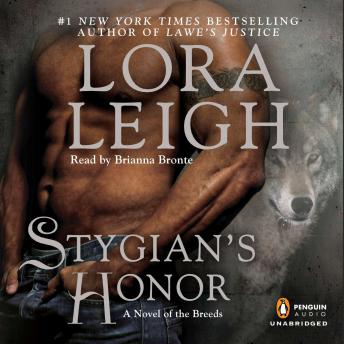 Stygian's Honor: A Novel of the Breeds

Window Rock, Arizona, is the last known location of Honor Roberts, who vanished when she was just thirteen. It was her only sanctuary from the Breed research that would surely have ended in her death—one such insidious experiment should, indeed, have killed her. That she lived is both a miracle—and a great mystery.

Stygian’s mission is to find Honor Roberts, no matter the cost. Now, with the help of Liza Johnson, assistant to the chief of the Navajo Nation, he is closer than ever to his goal. But will the discovery of Honor Roberts mean the destruction of the mating heat that has developed between Stygian and Liza?

Stygian's Honor: A Novel of the Breeds