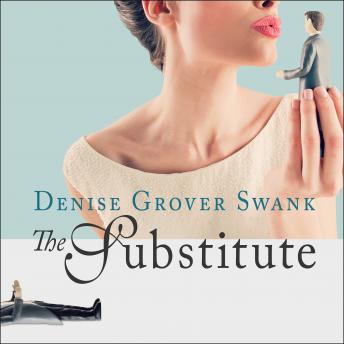 Megan Vandemeer meant to tell her parents about her broken engagement, but a month and a half later she finds herself boarding a plane home to her wedding. Having stretched avoidance to its limits, it's time to come clean-a terrifying prospect since her mother is sure to blame her rather than her cheating, emotionally frigid ex. A couple of drinks and two Dramamine later, Megan finds herself spilling her sob story to the tall, dark, and handsome stranger in the seat next to her.

With only one week left to save his business, Josh McMillan boards a plane to Kansas City in a last-ditch effort, leaving the details to chance. An unexpected answer is delivered in the form of the beautiful brunette beside him. Though she's completely loopy, her honesty, openness, and humor charm him. So when she passes out before landing, he helps her off the plane-a good deed that leads to a colossal misunderstanding. Her parents assume that he's her fiance. In a twist of fate, the mix-up might help Josh save his business, so he plays along, figuring that he can help Megan too. All he has to do is stage a public break up convincing enough to appease her mother.

Josh is only supposed to be a substitute groom, but the more time he and Megan spend together, the more their pretend engagement starts to feel real and the less they want to break it off. Can a relationship that began as a farce turn into happily ever after?Contains mature themes.