Success Habits - How to Develop a Successful Mindset: Break Free from Bad Habits and Achieve Your Full Potential 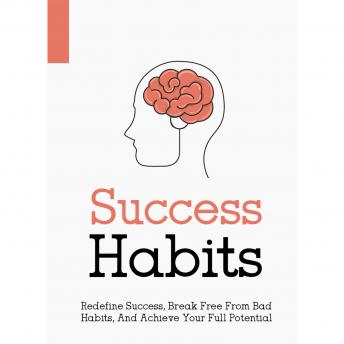 When you think about someone who is successful, what comes to mind? Most people would think of the end result of being successful - the luxury cars, first-class airline travel, the financial freedom to see the world and the ability to buy anything they wanted.


But if you look closer at the successful person, you will see that behind all the money, beyond the expensive suit and underneath the power they have a successful mindset. Their mindset is the most important contributing factor to their success and if you choose, you can have a mindset that is exactly the same, opening you up for success in the very same way.


What is a Successful Mindset?


Many of you might be thinking, “Well, that’s me! I’m willing to accept success. I’ll take advantage of an opportunity if it comes along.” But don’t let the simplicity of the definition fool you because there is much more to it than the literality behind these words.


In addition, those same people who think that they would take advantage of an opportunity if it came along have already passed by dozens of opportunities that might have resulted in their success.


A successful mindset is the first step in achieving success. The most important thing to remember is that you need to believe in yourself and in your ability to be successful.

Success Habits - How to Develop a Successful Mindset: Break Free from Bad Habits and Achieve Your Full Potential