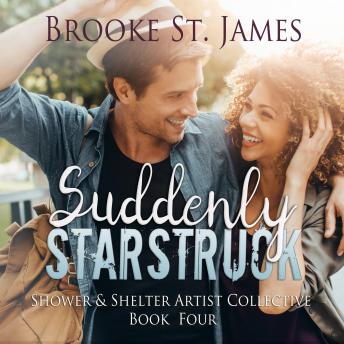 Bad Medicine was one of television's most popular dramas, and Ethan Prescott was the show's biggest star. He was a talented actor and an all-around good guy. His quick wit, intelligence, and dashingly handsome appearance only added to his larger-than-life persona. And somehow, Macy Tillman ended up sitting right next to him at dinner.

Macy was a gifted artist and former resident of the Shower & Shelter Artist Collective. Though she was still pursuing a career as an artist, she also devoted much of her time to caring for her young niece while her sister was at work. Her quirky personality, unique perspective on life, and stunning beauty captivated Ethan.

Macy made Ethan experience feelings he had never known. It was about more than just being attracted to her. Somehow, Macy inspired Ethan to want to be a better person. But those feelings were overwhelming, and they made it difficult for Ethan to decide whether or not he should follow his heart.

This title is due for release on June 6, 2018
We'll send you an email as soon as it is available!